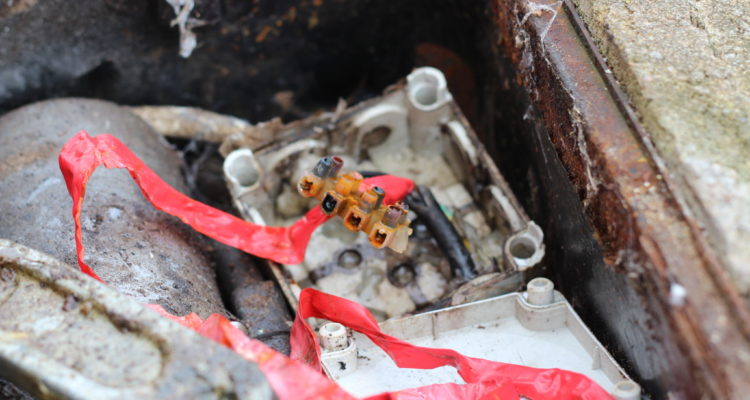 A private resident of Muirfield golf course called us to repair his faulty automatic swing gates after many months of temperamental operation.

Upon inspection the customer advised us that he had looked at the system electronics himself and could not understand why the gates were not responsive.

Our fault find investigations are usually no longer than one hour but on this occasion the total investigation and repair time was just shy of two full hours as we discovered several small issues before we discovered one major fault.

During our investigations we discovered a wire had come loose which we had to re-connect, a safety photocell was full of debris and organic matter, the 8uF capacitors used for the motors had lost much of their value and when all these issues were resolved, the gates still failed to operate.

We then proceeded to have a look in the underground motor boxes where initially things looked fine, sufficient drainage, tidy installation well lubricated. What was unusual was the junction box which had been installed to joint the main motor cables. This is not standard and upon opening the junction boxes the issue was obvious: all connections were wet and heavily corroded.

The joint was disconnected, dried out and re-connected properly in a suitable IP rated enclosure.