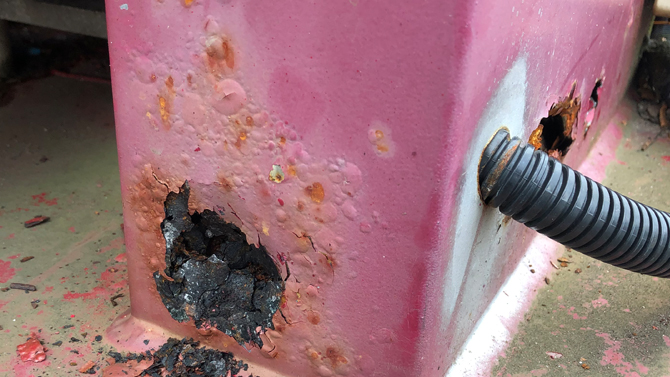 This sliding gate in Motherwell has been in operation for many years but was recently condemned as rust had ‘broken out’ around the base of the structures supporting frame.

One year ago the gate visibly appeared structurally sound but on a recent visit to the site it was easy to see the appearance of rust. Had this gone unnoticed through negligence or poor servicing, a collapse could have been punishing as the gate is approximately 13 metres in length and weighs approximately 1 Tonne.

Immediately condemned, this gate has now been taken out of service, secured and awaits decommissioning.