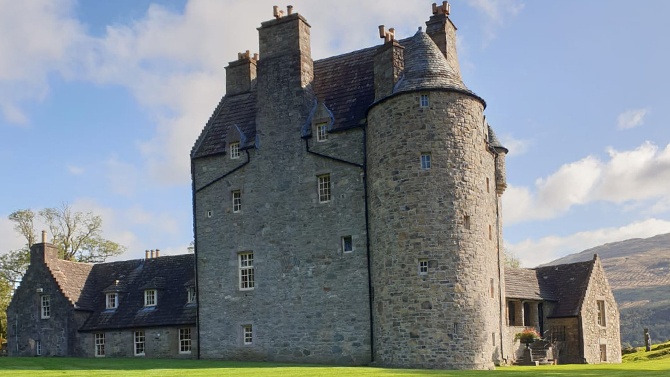 This very prestigious customer of ours, based in the US, commissioned Auto Entry to remove the existing video intercom system at Dunderave Castle in Inverary, Argyle and Bute and install a complete new system.

The existing system consisted of two call stations, one at each of the castles two gates (entry and exit), as well as two internal video screens / handsets inside the property.

At our initial site survey we ascertained that the existing cabling had been laid below the extensive lawns, with an unknown cable route and at an unknown depth, not in conduit or ducting. We further discovered that the systems poor performance could be put down to an incorrect cable selection (Cat5e) by the original installer. The customer reported noise and interference on the calls and having to press the ‘unlock’ button several times to eventually get the gates to open.

We recommended the installation of a new Videx video intercom system which consists of the latest 7″ video screens inside the property and the classy looking video call stations at each gate. Furthermore, we suggested a complete rewire with appropriate 0.75mm cables and specialist video cables, contained in 200 metres worth of 63mm underground ducting with several access pits littered along the route for easy maintenance and re-wiring in the future.

The extensive ground works and re-wiring took around two weeks to complete with the new system connecting up nicely with the automatic gate systems.